On Sunday we went to visit Upper Canada Village in Morrisburg, Ontario, Canada (www.uppercanadavillage.com).  Evie LOVES this place.  We have been here with her before, but this year she has been asking to go back before the winter was over.  We have been reading Little House on the Prairie together.  She is just learning to read so this is our bedtime reading, each night we read a chapter.  We are only on the third book in the series, but it has been fascinating for her to learn how they had to do and make everything themselves.  Upper Canada Village is the village as it was settled in the 1800s, it is very accurate as it is a World Heritage Site. She really liked the animals and gardens, seeing the girls in calico dresses just like Laura and Mary. 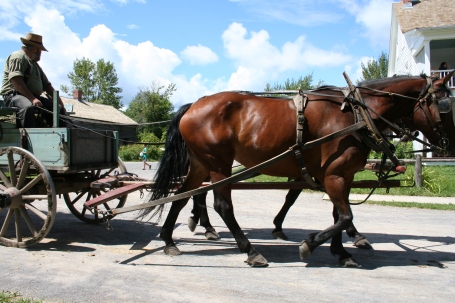 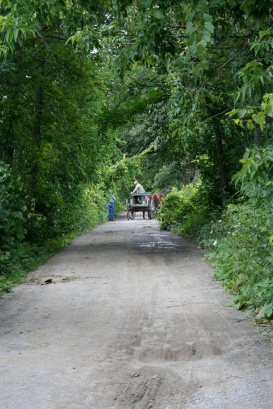 The lady in the picture was making toast to use to make vinegar.  She was a very nice lady on the tenant farm. Evie’s attention was completely captured in this little house.  The lady explained to her that she was making the toast to use in making her own vinegar to use for canning, it would take 6 weeks and she explained exactly what she was going to do. 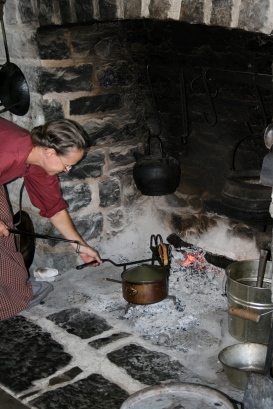 She told us that she was using white sugar to make this vinegar normally she made molasses vinegar because white sugar was too expensive at 6cents a pound.  However, that ladies in the village told her that she could not win a prize for her preserves in the fall fair using molasses vinegar, so she was making this one.  I think that was Evie’s favourite part of the day.  Now she wants to make vinegar, but we are not doing that, maybe we will ferment something instead.

Then at the hotel and tavern her Dad bought her a sarsaparilla, it was really good. 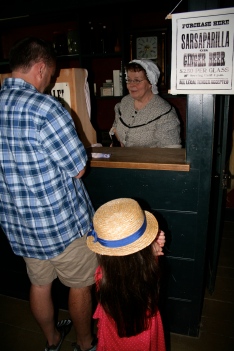 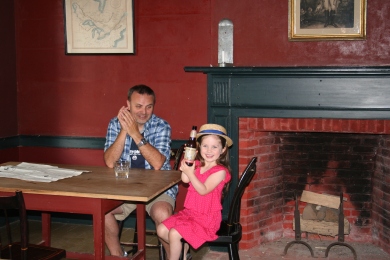 The village also has a mill which mills the flour that is delivered to the bakery where they bake fresh bread daily, you can buy that in the gift store along with the cheese made from the cow’s milk.  It is both very good.

They also have a woollen factory showing in detail the old process for making yarn.  There is dirty sheep wool that has just been shorn, washed wool ready for use then the area where they spin, dye and win

d it into skeins.  This was a cool process to see since I am just starting a sweater for Evie with yarn that is in skeins and we are hand winding it into balls. 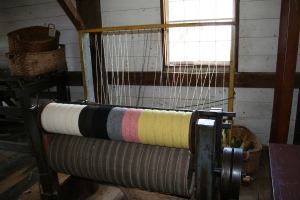 This afternoon we are leaving for two weeks in Newfoundland (www.newfoundlandlabrador.com).  We have lots of adventures planned, there will be a lot of food.  Evie has planned cooking with her great-grandmother and a great-aunt.  There may be some fishing and berry picking.  Both my husband and I grew up on this island so there is alot of food that you can only get there that we cannot wait to eat.  I think I will probably put on about 10 lbs!